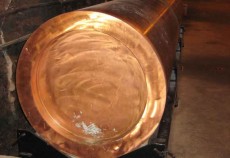 Saudi Cable has seen a flurry of orders internationally.

Saudi Cable Company said it has secured orders from two of Korea’s biggest construction firms, taking its total order values for the month to more than SAR 1bn ($266.6m).

The Jeddah supplier of copper cables has claimed a SAR 63m ($16.79m) order from Doosan Company, a diversified firm covering construction and engineering among other sectors, and a SAR 56m ($14.93m) order from Hyundai Engineering, both mandates will be supplied at the start of next year.

It added that the total value of purchase orders this month is around SAR 1.1bn ($293.3m), “with better rates than those prevailing in the earlier months”. The company did not disclose the origin or customers making the other orders, but added that this includes clients in Russia, Italy and England.

Saudi Cable Company manufactures and markets of electrical power and telecommunications cables of varying voltages and supplies services for power and telecom projects including design, engineering, installation and finance.

The deals end a profitable year for the company, having made a SAR 28m ($7.46m) profit for the first nine months against a SAR 96.96m ($25.85m) loss in the same period last year. In March, the company said it had secured SAR 438m ($116.8m) worth of orders for the first quarter alone, citing “the improvement of the operational performance, increase in sales and better gross profit margins”.